Today’s marriage hearings in the Sixth Circuit Court of Appeals will begin at 1PM local time. Streaming audio of the proceedings will be posted here shortly after things wrap up. The Louisville Courier recaps today’s “pretty conservative” panel of judges:

The three appellate judges who will consider the fate of gay marriage bans in Kentucky and three other states include two appointed by President George W. Bush — and the nomination of one of them was fiercely opposed by liberal groups. That judge, Jeffrey S. Sutton, writing in March in Harvard Law Review, said, “Count me as a skeptic when it comes to the idea that this day and age suffers from a shortage of constitutional rights.” Sutton also wrote an opinion in 2012 for the 6th U.S. Circuit Court of Appeals reinstating a suit filed by a graduate counseling student and evangelical Christian who was expelled from Eastern Michigan University when she refused to work with clients in same-sex relationships. The two other judges who will hear the gay marriage cases Aug. 6 are Deborah L. Cook and Martha Craig Daughtrey. Daughtrey, a senior judge appointed by President Bill Clinton, is known for opposing the death penalty and supporting affirmative action and other liberal views, while Cook, in her previous position on the Ohio Supreme Court, ruled against injured workers, consumers and victims of discrimination.

Other outlets and LGBT sites have also posted worrying recaps. 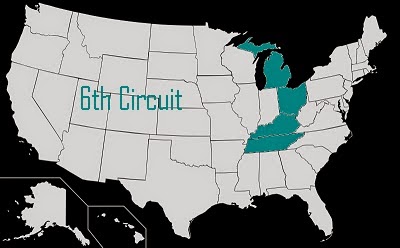