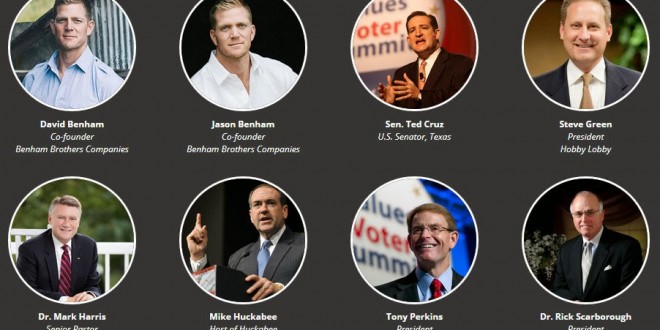 Aided by Sen. Ted Cruz, Mike Huckabee, and the Benham brothers, the Family Research Council is glomming onto the bicentennial of the writing of the Star-Spangled Banner as one of those times that Jesus saved America.

Did you know that America has seen darker days in the past than those we are facing right now? 200 years ago we were in the midst of the War of 1812. The U.S. Capitol and the White House were burning. Average citizens like us hung their heads in shame. Then God intervened and a series of events occurred that saved America and led to the writing of the Star Spangled Banner. This year America is celebrating the 200th anniversary of our National Anthem. Few citizens have ever heard the story of how God used ordinary Christians to do extraordinary things during the desperate days of 1814. But on September 14th, during Star Spangled Sunday, a live nationwide webcast, we will tell that story as it’s never been told before. You and your Christian friends will not want to miss this historic event.

FRC’s co-sponsor of the webcast is Vision America, whose leader Pastor Rick Scarborough last year called for Christians to file a class action lawsuit against homosexuality itself.