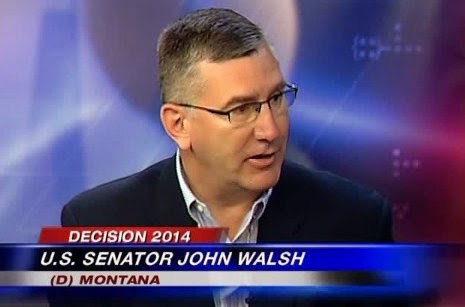 It’s a scenario that is extremely unusual, not only in Montana but nationally: a sitting senator who has won his party’s nomination withdrawing from contention before the general election. That’s what Sen. John Walsh (D-Mont.) did Thursday. It prompts two questions: How will he be replaced on the ballot, and by whom? Walsh was appointed by Montana Gov. Steve Bullock (D) to fill the remaining term of former senator Max Baucus (D), who stepped down to become U.S. Ambassador to China. On June 3, Walsh won the party’s nomination for a full term. It was going to be an uphill fight no matter what happened; he always trailed Steve Daines, the Republican nominee, in polling. And then the floor collapsed, with Walsh’s admission that parts of his dissertation had been plagiarized. This week, his campaign had been canceling scheduled campaign stops and events; on Wednesday, he “took a personal day,” according to campaign staff. And then he dropped his campaign on Thursday.

Hit the link to learn about the confusing process to replace Walsh on the ballot.

Previous MISSOURI: Baptist Church Leader Charged With Attempting To Fuck A Dog
Next FRC: Pray Against The Sixth Circuit Court