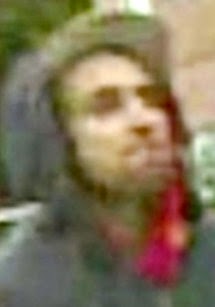 The San Francisco Police Department has released a video depicting a “person of interest” in the Feather Lynn/Bryan Higgins homicide case we reported on last week. The video below shows a man in a dark gray hoodie which gets taken off at one point to reveal a red hoodie. Many news outlets last week had conflicting reports on the color of the hoodie of the person suspected to be involved in the death of Feather. The first part of the video was captured from a taxi dash cam and shows the man wanted for questioning “chasing” Feather (blacked out in the video) across Church Street in front of the cab near Duboce Avenue. Video was taken August 10th, the same day as the attack on Feather. If you have any information about this man please contact the SFPD at 415-575-4444 or text TIP411 with “SFPD” at the start of the message.

My first report on the murder is here.

Previous TRAILER: Automata
Next SCOTUSblog: The Court Has Given No Clear Signal On Taking Any Marriage Case