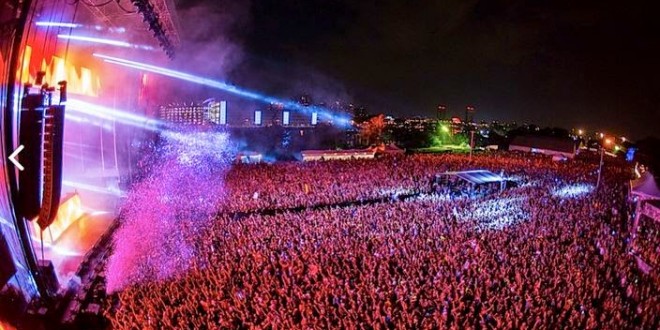 Last year Mayor Bloomberg’s office canceled the final day of New York City’s Electric Zoo EDM festival on Randall’s Island after two drug-related deaths and numerous overdoses took place despite repeated cautions to the 100,000+ attendees made by the promoters over the event’s sound system. This year the organizers are stepping up their warnings with an anti-drug video that will be played “regularly” during the three days of Electric Zoo.

EDM fans going to Electric Zoo in New York City will have to watch a film about the dangers of drugs in order to gain entry. It’s all part of the “Come To Life” micro-campaign. Electric Zoo organizer Made Event announced the program this morning. Promoting the healthier aspects of dancing ‘til dawn, the program warns fans about illicit drugs, particularly MDMA, aka Molly or ecstasy. The two- minute film “The Molly” was created, written and produced by “Dexter” creator/writer James Manos, Jr., and his 19-year-old daughter Ellie Manos. “Ellie represents the target audience and she’s been to EDM concerts and seen the behavior of her peers on Molly,” Manos said. “She was the perfect partner to help me write the spot. “This is a really interesting and volatile time of life for teens and young adults, and I was up for the challenge of crafting the right tone, manner and overall approach to creating a PSA that would have a net positive influence in their behavior and lives, in an entertaining and authentic way.”

RELATED: Last week federal investigators arrested a 23 year-old man they allege sold drugs to one of the Electric Zoo attendees who died at the event.

Previous NOM Chairman John Eastman: Marriage Rulings Are Like Living In Stalinist Russia
Next Local Haters Have The Florida Super-Sadz