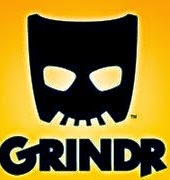 A New Jersey man has filed a federal lawsuit against Grindr, alleging that the hook-up site’s lax age verification standards resulted in his arrest for having sex with an underage boy.

In his suit, William Saponaro Jr., of Cape May, N.J., says he was invited June 21, 2012, to have sex with two other males who had met over Grindr, a mobile phone app geared toward gay men. A week later, according to the suit, Saponaro learned that one of them was only 13 years old. He was arrested and charged with sexual assault and endangering the welfare of a child, and faces up to 20 years in prison. Saponaro filed suit against Grindr in Cape May County Superior Court on June 19 and, on July 17, lawyers for the Los Angeles company removed the case to Camden, N.J., federal court. On Aug. 8, Grindr moved to dismiss for failure to state a claim upon which relief can be granted.

According to the suit, the 13-year-old was allowed to become a paying member of Grindr even though the site restricts access for persons under age 18, or 21 in places where 18 is not the age of majority. Saponaro claims in the suit that the other adult who took part in the liaison told him he met the third participant on Grindr. Instead of verifying the minor’s age himself, Saponaro said, he relied on the other adult’s representation and the fact that the third participant had a Grindr account to ensure he was over 18. Saponaro’s suit alleges Grindr was negligent for failing to ensure that its members are over the age of majority and for negligently training its employees, agents and representatives. The suit claims the company’s negligence was the proximate cause of Saponaro’s arrest.

Grindr’s motion to dismiss cites the Communications Decency Act, which they claim immunizes companies from bad acts resulting from misinformation provided by other parties. They additionally claim that the Third Circuit Court of Appeals has ruled that it is “not feasible” for web publishers to verify the age of users. The plaintiff claims that he “reasonably believed” the boy was 18 years old, which stretches credulity to my mind.