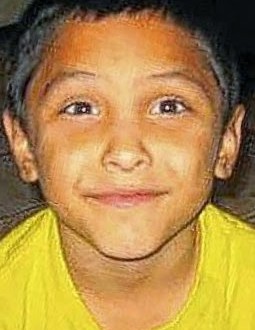 In a case that mirrors a similarly tragic outcome earlier this year in Oregon, a Los Angeles couple is being tried for viciously abusing and murdering the mother’s eight year-old son after taunting him for playing with dolls. You may not want to read any further.

Before 8-year-old Gabriel Fernandez was allegedly beaten to death by his mother and her boyfriend, they doused him with pepper spray, forced him to eat his own vomit and locked him in a cabinet with a sock stuffed in his mouth to muffle his screams, according to court records made public Monday. Sworn grand jury testimony provided a graphic examination of the abuse that the Antelope Valley boy allegedly suffered before his death in May of 2013. The incident prompted calls for sweeping reforms to the troubled Los Angeles County foster-care system because child welfare workers failed to remove the boy. Officials have taken steps to fire two social workers and two supervisors, while others involved in the case received letters of warning or reprimand. Fernandez and Aguirre deliberately tortured the boy to death, hiding their tracks with forged doctor’s notes and lies to authorities, Deputy Dist. Atty. Jonathan Hatami told the grand jury. “For eight straight months, he was abused, beaten and tortured more severely than many prisoners of war,” Hatami said. The abuse worsened in the months leading up to Gabriel’s death, according to testimony from two of his siblings, both of whom are minors. They said Gabriel was forced to eat cat feces, rotten spinach and his own vomit. He slept in a locked cabinet and wasn’t let out to go to the bathroom. Fernandez and Aguirre called Gabriel gay, punished him when he played with dolls and forced him to wear girls’ clothes to school, the siblings said.

Gabriel had written a suicide note, but child welfare authorities reportedly “dismissed” that information because the note contained “no specific plan” for him to kill himself. (Tipped by JMG reader Dennis)