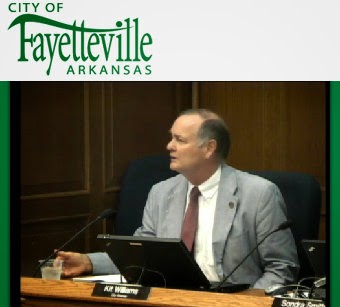 UPDATE: A council member has already introduced an amendment that would force the ordinance to a public vote.

UPDATE II: After more than ten hours of debate and often VERY ugly public comments, very early this morning the Fayetteville City Council approved an LGBT rights ordinance by a 6-2 vote. This win is especially satisfying, coming as it does after three successive setbacks in Chattanooga, Baton Rouge, and Billings.