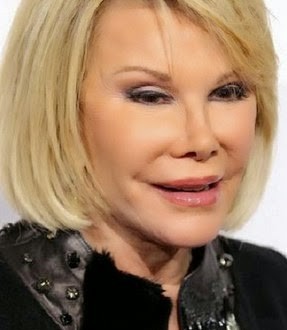 Numerous outlets are reporting that Joan Rivers is in critical condition after she stopped breathing during outpatient surgery on her vocal cords. TMZ has some details:

We’re told an emergency call was placed to 911 at 9:39 AM ET and the caller said, “We have somebody in either cardiac or respiratory arrest.” Joan Rivers was rushed to a hospital in New York City moments ago after she stopped breathing during a surgery on her throat,  TMZ has learned. We’re told Rivers was undergoing the throat procedure in a clinic (specifically on her vocal chords) when she stopped breathing during the surgery. Sources say 81-year-old Rivers was rushed to Mount Sinai hospital in New York. We’re told her daughter Melissa is on her way to New York.

The New York City Fire Department transported a woman matching her description to Mt. Sinai Hospital earlier this morning after receiving a call that the woman was in cardiac arrest at an Upper East Side clinic, Yorkville Endoscopy, an FDNY source said. The law enforcement source confirmed the woman was Joan Rivers. TMZ earlier reported that Rivers was having surgery on her vocal chords at the clinic. No other details were immediately available and her rep had no other information when contacted by ABC News.

Previous ASAP Science: Your Brain On Coffee
Next Brian Brown Has The Oregon Sadz