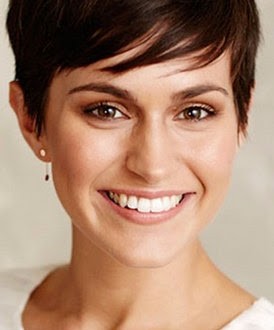 The Rose Of Tralee is a competition in which Irish communities around the world send a beauty queen to the finals in Ireland’s County Kerry. This year’s winner is Philadelphia resident Maria Walsh, who just came out. That may prove to be a problem for New York City’s St. Patrick’s Day group. Via Irish Central:

Right on cue a host of apoplectically angry commentators reminded us why it’s still news when Ireland’s Rose of Tralee sweetheart announces she’s gay. Across the internet they posted strong biblical condemnations or outright bigoted profanities, carefully calculated to wound. It didn’t matter though. Walsh has already won, so they could only lose. Now Walsh’s brilliant win sets the stage for another major public relations battle. In New York, like every prior Rose, she will be feted and fawned over during the 2015 Saint Patrick’s Day season. The Rose of Tralee competition has already show us that Walsh has courage, heart and class, and so hopefully her example will inspire others to show her the same courtesy now. If New York’s Saint Patrick’s Day Parade Committee is still discriminating against – rather than embracing – Irish gay people by 2015 (almost 100 years after the Rising that was fought in the name of freedom for all Irish people) they will look and sound like last century’s men.

The world’s largest and oldest St. Patrick’s Day parade, New York City’s group continues to ban the open participation of LGBT groups. It will be very interesting to see how they handle Maria Walsh, particularly if Catholic League blowhard Bill Donohue succeeds in his reported bid to lead the organization.