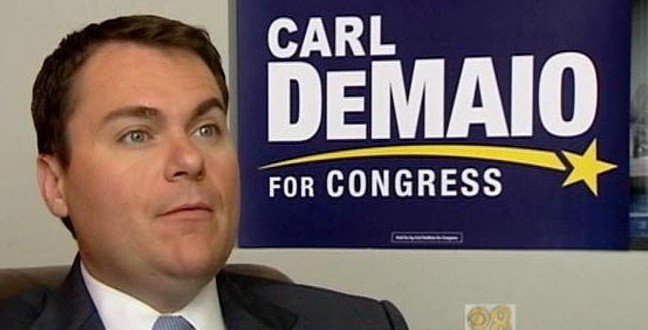 Homocon House Candidate Carl DeMaio:
I Owe Everything To The Tea Party

From the Facebook page of San Diego Democrats For Equality:

Lately Carl DeMaio’s been marketing himself as a “New Generation Republican” but his Tea Party record is as inescapable as his shadow. This video of DeMaio speaking in front of a local Tea Party audience is yet more evidence of his allegiance to the far-right fringe. It’s the video DeMaio doesn’t want you to see. DeMaio tells the crowd that the Tea Party is “the conscience of the accountable-government movement.” He openly mocks the mere notion of bipartisan cooperation. He admits he’ll owe the Tea Party “everything.” “The video makes this much pretty clear: Carl DeMaio loves the Tea Party and the Tea Party loves Carl DeMaio,” said Alex Roth, communications director for the Scott Peters for Congress Campaign. “Voters should remember this video the next time DeMaio tries to pretend he’s anything other than a far-right candidate.”

Previous Crazy Eyes: All Money Sent Home By Immigrants Should Be Taxed At 100%
Next NOM Chairman John Eastman: Marriage Rulings Are Like Living In Stalinist Russia