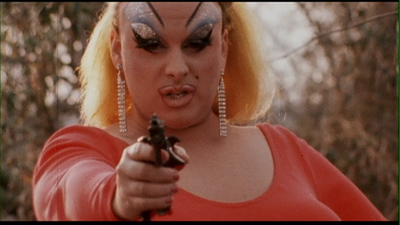 A federal court in Orlando has ruled that the estate of Divine was “illegally usurped” from the drag legend’s rightful family heirs. Via the Hollywood Reporter:

The ruling is a black eye for Michael O’Quinn, who had befriended Divine’s mother, Frances, and become her business manager and later was named as a beneficiary to the estate in an addendum to Frances’ will. (The estate reverted to Mom after Divine’s death at 42 in 1988 from an enlarged heart.) The court now has ruled that O’Quinn, who has worked as a costumer at Universal Studios’ Florida theme park, willfully ignored Frances’ will revision in 2008 that bestowed the estate to her nieces and nephews. Noah Brodie, a Warner Bros. studio lot VIP tour operator and O’Quinn’s former business partner in Everything Divine, which was set up to leverage Divine’s assets, discovered the shenanigans while in talks with a cosmetics firm in 2011 about a Divine-themed line.

RELATED: The award-winning 2013 documentary I Am Divine is now available for download and online rentals.