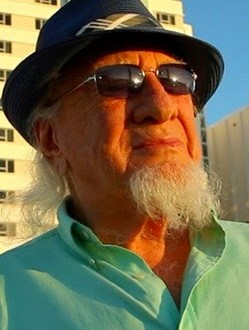 Henry Stone, whose TK Records provided much of the 70s’ disco soundtrack, has died in Miami at the age of 93. Via Billboard:

In 1948, Stone moved to Miami where he set up Seminole, a record-distribution business and Crystal recording studio. Three years later, he recorded his first artist, a pianist-singer from the Florida School for the Deaf and Blind in St. Augustine who would soon gain world-wide fame as Ray Charles. Charles’ St. Pete Florida Blues was cut here for Stone’s Rockin’ imprint. “I had heard of him through the grapevine, so I asked him to call me whenever he came to Miami, and he did,” Stone said in a 1995 Miami Herald profile. Thirty years later, his most lucrative discovery also would be a rarity in the music business: a racially-integrated, crazy quilt conglomeration of Junkanoo, R&B, disco and pop called KC & the Sunshine Band. On Friday, group co-founder Harry Wayne “KC” Casey, 63, called Stone his “mentor.” Casey was in his early 20s, working as a part-timer at the independent TK Records when he began hanging around the studios and recording snatches of music he heard when the bigger names cleared out after their sessions. Casey cowrote Rock Your Baby with Richard Finch in 1974 and it became the songwriters’ first No. 1 pop single for TK when singer George McRae recorded the hit version.

Among the other acts on Stone’s labels were Anita Ward, Peter Brown, Foxy, Betty Wright, Gregg Diamond, Celi Bee, T-Connection, Bobby Caldwell, and Voyage. If you were going to gay clubs in the 70s and 80s, you doubtlessly know dozens of his records. The dance music distributor I worked for in Miami in the early 90s carried Stone’s catalog. He was quite a character but was always kind to me.

Previous Editorial Of The Day
Next KENYA: “Stone The Gays” Bill Introduced