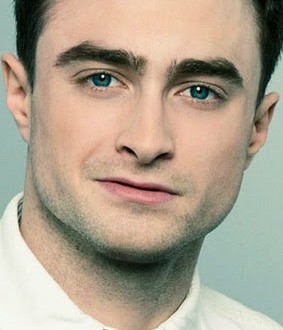 A reporter from the Guardian talked to Daniel Radcliffe about self-Googling.

I wonder if he has ever Googled himself and seen the automatic search entries, but before I finish the question he’s started reeling them off: “Daniel Radcliffe alcoholic. Daniel Radcliffe gay. Daniel Radcliffe girlfriend,” he says, sighing as he does. Actually, I tell him, girlfriend is the top result these days. “Oh great – I’ll take that, as these things go. I’m pleased my girlfriend comes up before alcoholic or gay. When I first did that, I got really annoyed for about half a minute, until I tried a few other people’s names and I found out [gay] comes up after almost everyone if they’re a man, and even some women – Florence Welch had it, and I was like, really?” Maybe it’s a sign that a star has made it. “Probably. If people are speculating about your sexuality, then you’re doing OK,” he laughs, then says that these days he resists the temptation to self-Google as “it fucks you up. You shouldn’t be on there if you’re an actor. There’s a line in The Thick Of It – Googling yourself is like opening the door to a room full of people telling you how shit you are – and it’s exactly that. I first did it in my late teens and it was such a destructive thing for me to do.”

Radcliffe’s What If is now in theaters.