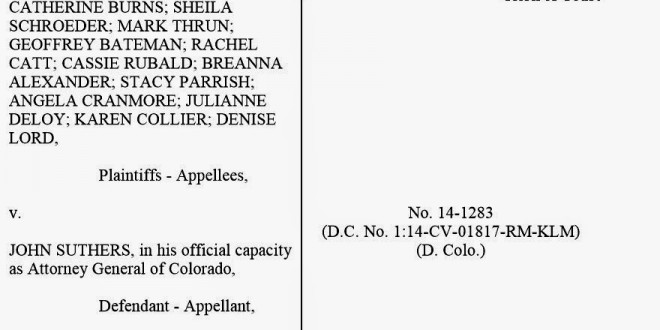 The order notes that the Tenth Circuit has issued stays in other marriage cases, and says “[i]n the interest of consistency” this case will be stayed as well. A federal judge had issued a preliminary injunction against enforcement of the ban in July. The court then halted proceedings in the case, pending issuance of the mandate in Kitchen v. Herbert, the challenge to Utah’s same-sex marriage ban in the Tenth Circuit. A request to halt the injunction was denied, but a temporary stay, until August 25, was granted so that the state could ask the appeals court for a stay pending appeal. Without this new stay, marriages could have begun in Colorado on August 25.