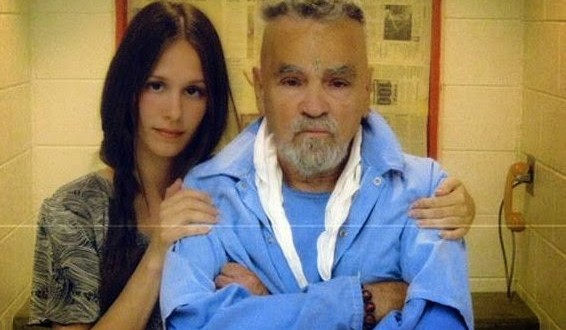 LGBT Americans cannot marry in 31 states – but Charles Manson can get married in prison.

Afton Burton was 16 and living with her parents in Illinois when she discovered Charles Manson. Now, nine years later, her name is Star, she’s 25 years old, and she considers herself Charles Manson’s wife, even though it isn’t official yet. “He filed for the first round of paperwork,” says Star, who says she’s in love with the 79-year-old convicted murderer. “I’m completely with him, and he’s completely with me. It’s what I was born for, you know. I don’t know what else to say.” The prison limits physical contact. During visits, Star and Manson can only hug each other at the beginning and end. Because Manson is serving a life sentence, they won’t be allowed conjugal visits, even if they’re officially married.