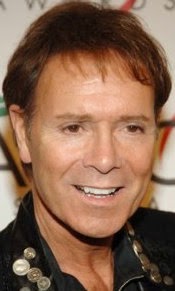 Detectives are making arrangements to interview Sir Cliff Richard following a search of his £3.1m penthouse apartment over an alleged sex crime against a boy at an evangelist event at a Sheffield stadium in 1985. Sir Cliff, 73, who is currently in Portugal, has been told through his lawyers of the request to meet police. The pop star described the allegation made against him, dating back to an appearance by the American evangelist Billy Graham at Bramall Lane, as “completely false”. In a statement, Sir Cliff said he had previously chosen not to acknowledge the allegation, which had been circulating for months online. He had not been pre-warned of the operation by South Yorkshire police at his penthouse on a private estate in Berkshire and is currently in Portugal, where he has a home. His lawyers contacted the police when they first learned of the search.

Richard has never married and has repeatedly denied rumors that he is gay.

RELATED: With 14 hits reaching #1, Richard is the third-greatest selling singles artist in British history (behind the Beatles and Elvis) and is the only act to have scored a #1 UK pop single in five consecutive decades. He’s been far less successful in the US and is best known here for the 70s top ten hits Devil Woman and We Don’t Talk Anymore.