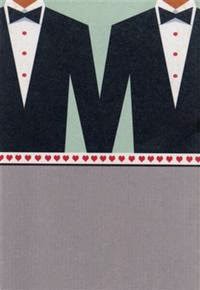 Brigham Young University has told Hallmark to get those gay greeting cards off of the racks.

Placed by Hallmark, the cards reading “Mr. and Mr.” and “Mrs. and Mrs.” were quickly removed when bookstore staff discovered them after photos surfaced online. The outside vendor stocked the shelves without realizing the school wouldn’t want to sell the cards marketed to buyers celebrating unions between two brides and two grooms, BYU spokeswoman Carri Jenkins said. Asked why they were removed, Jenkins referenced the BYU honor code. It states that while being attracted to people of the same gender doesn’t violate the honor code, acting on those feelings is a violation. “Homosexual behavior includes not only sexual relations between members of the same sex, but all forms of physical intimacy that give expression to homosexual feelings,” it states.