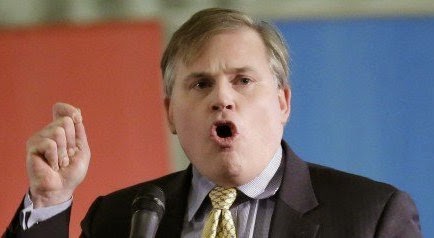 Brian Brown: Boycott Target Even Though All The Other Companies We Boycott Don’t Give A Shit What Hate Groups Say

“Dear Marriage Supporter, On Tuesday, the retail giant Target signed on to an amicus brief for the 7th Circuit Court of Appeals in two pending cases challenging the definition of marriage in Indiana and Wisconsin. Target joins with a number of other companies in signing the brief, including the Starbucks Coffee Company. But it is the spirit behind the brief, and its language, which are most noteworthy. The brief uses extremely charged language to refer to laws defining marriage as the union of a man and a woman. It calls them “the states’ bans [on same-sex marriage]” and, even more radically, ‘marriage discrimination’ laws!

“Without providing any rationale at all, the brief states bluntly that ‘Same-sex couples should have the same right to marry as opposite-sex couples,’ and refers to Indiana and Wisconsin’s traditional marriage laws as ‘an unproductive, inequitable, and unjust status quo.’ Perhaps most ridiculously, the brief—while touting the benefits of pro-LGBT businesses—presents the claim that ‘corporate cultures that don’t encourage openness and inclusiveness leave employees feeling isolated and fearful.’ Well, tell that to the employees at Chase bank.

“Join me in telling Target today that they are out of touch with consumers and they have insulted the millions of Americans who have voted to uphold marriage as the union of a man and a woman—tell them how much we resent being fashioned ‘bigots’ and ‘haters’ for doing so! Click here to pledge to take your business elsewhere. Target and its peers in the corporate world need to realize that the countless Americans who believe in marriage as the union of a man and a woman will not stand for being insulted and demeaned. The rash of corporate meddling in the politics of marriage and family will only continue if we do not stand up and say enough is enough. Please join me in this boycott today, and please forward this message to your family and friends urging them to do the same.” – Hate group leader Brian Brown, launching his group’s fourth hilarious boycott of a major corporation.

Here’s what the letter to Target says:

To whom it may concern: I am writing today to pledge that I will be joining a boycott against Target announced by the National Organization for Marriage in response to Target’s insults against pro-marriage Americans in the amicus brief to which the company signed in the 7th Circuit Court of Appeals. Those who believe in marriage as the union of one man and one woman are not bigots or haters. Rather, they recognize the essential meaning of marriage, and stand by the common sense principle that kids do best with a loving mom and dad. Because your company has chosen to support this radical agenda, and to insult me and other pro-family Americans like me, I will be taking my business elsewhere.

NOM’s ongoing boycotts of Starbucks, General Mills, and JP Morgan Chase have all been entirely laughable disasters. Stand by for Target’s stock to shoot through the roof!