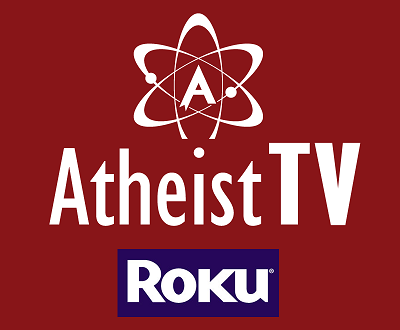 American Atheists have launched Atheist TV, which for now is available only through Roku and online. Via the New York Times:

At a party on Tuesday night celebrating the premiere, David Silverman, president of American Atheists, described a channel that won’t be any of the sordid things that certain religious types might envision, but that will be a challenge to a lot of things those people hold dear. The channel, he said, will “provide a breadth of content, from science to politics to comedy, all centered around our common freedom from religion.” Among the people helping to bring that about, the channel has announced, will be the producer Liz Bronstein, whose credits include reality shows like “Whale Wars,” on Animal Planet, part of Discovery Communications — a company that Mr. Silverman slammed hard on Tuesday night. “The TV networks kowtow to the liars who make money off of misinformation,” he said, singling out for special contempt outlets that mix silly supernatural gunk with more serious science and nature shows. “The Discovery Channel treats ghosts like they’re real,” he said, adding later, “Bigfoot, psychics, aliens, ghosts, spirits, gods, devils — all bunk, all pushed by the so-called truthful and scientific stations in an effort to placate the waning religion segment at the expense of the growing segment of atheists who should be, but are not, their target audience.”

The channel is live-streaming at the first link. Here’s a promo clip issued this week.