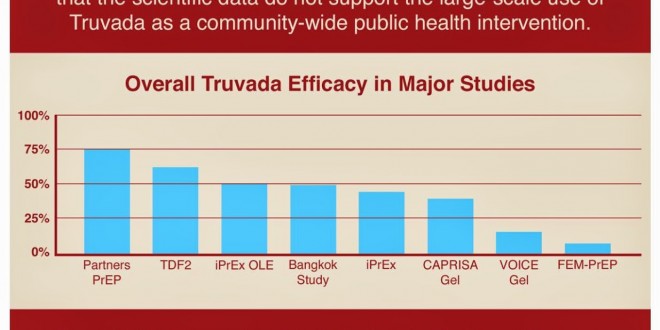 The combative and controversial AIDS Healthcare Foundation is launching a print ad campaign against the use of Truvada as a daily HIV preventive. Via press release:

AHF’s ‘PrEP Facts’ ad campaign educating the public about adherence issues and PrEP initially started running this week in a few newspapers, magazines and online outlets in California and will continue and expand to six outlets in California and five news outlets in South Florida over the next week. AHF’s campaign also comes on the heels of recent—and what AHF believes are misguided—recommendations by both the Centers for Disease Control (CDC) and World Health Organization (WHO) for the widespread scale up and implementation of the problematic HIV prevention strategy.

“The eight major studies show the scientific data do not support the large-scale use of Truvada as a community-wide public health intervention to prevent transmission of HIV,” said Michael Weinstein, President of AIDS Healthcare Foundation. “Medication adherence is the primary problem: Even in carefully monitored clinical trials, in which people were counseled monthly, had blood samples drawn and were even paid to participate, many study participants simply did NOT take Truvada every day as prescribed. As such, we want the public to know that the government-sanctioned widespread scale up of PrEP appears to be a public health disaster in the making.”