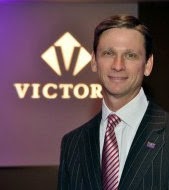 “This year at least three gay Republicans are seeking seats in Congress, and the Victory Fund has endorsed two of them along with seven Democratic congressional candidates and hundreds more from both parties at the state and local level. As a nonpartisan organization with a clear mission to increase the number of LGBT voices in government, we strongly believe out lawmakers are vital on both sides of the aisle. The need is especially great now for at least one openly gay Republican inside the GOP caucus in Congress — someone who can speak authentically on behalf of all of us, including the 25 to 30 percent of LGBT Americans who consistently vote Republican in presidential elections.

“Richard Tisei, a married, openly gay Republican running for Congress in Massachusetts, is exactly the type of leader whose voice is desperately needed in the House. Richard is a respected, experienced champion for equality who garnered high praise from LGBT activists when he served in the state senate. In his last race for Congress in 2012, Richard earned the endorsement of every single major newspaper in his district, and he came extremely close to beating a Democratic incumbent who was battling an ethics scandal. He easily qualified for Victory’s endorsement then, and we are proud to stand with him again this year.” – Victory Fund president Chuck Wolfe, writing for the Advocate.