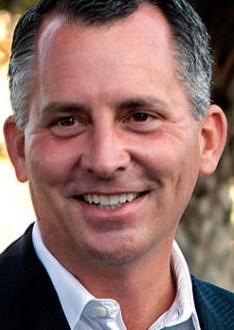 When asked by The Washington Post whether he supports gay marriage, in light of a Florida judge’s decision last week to overturn the state’s ban, Jolly said that his personal views on marriage are that it should be limited to one man and one woman. But, he added, states should not be defining the “sanctity” of marriage. “As a matter of my Christian faith, I believe in traditional marriage,” said Jolly in a statement to The Post. “But as a matter of Constitutional principle I believe in a form of limited government that protects personal liberty. To me, that means that the sanctity of one’s marriage should be defined by their faith and by their church, not by their state. Accordingly, I believe it is fully appropriate for a state to recognize both traditional marriage as well as same-sex marriage, and therefore I support the recent decision by a Monroe County Circuit Judge.”

Among those eight Republicans is Jolly’s Florida colleague, Rep. Ileana Ros-Lehtinen, who represents portions of Miami and Hialeah.

RELATED: Jolly represents the Tampa Bay-area’s Pinellas County, which includes St. Petersburg and Clearwater. In his first bid for public office, Jolly was elected to the House in January of this year in a special election following the October 2013 death of 22-term GOP Rep. Bill Young.  Jolly, an attorney and former lobbyist, barely squeaked by Democrat Alex Sink, who lost by less than 2% after losing the 2010 Florida gubernatorial race by 1% to Rick Scott. While freshman Rep. Jolly now supports same-sex marriage, he holds traditionally GOP positions on Obamacare, abortion rights, military support for Israel, and gun control.