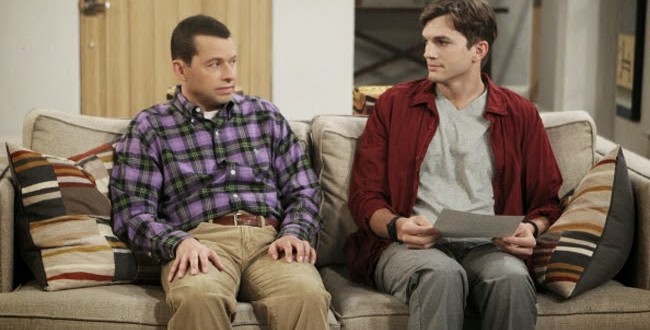 Two people will tie the knot during the 12th and final season of CBS’ “Two and a Half Men,” and you may be surprised who they are and why they’re getting married. CBS Entertainment President Nina Tassler confirmed to ABC News that Ashton Kutcher’s character Walden will pop the question to Jon Cryer’s Alan. Tassler confirmed that Walden will have a health scare that causes him to make the commitment. “Walden, in having kind of an existential crisis, he has a near-death experience and he is evaluating the meaning of life. He wants to adopt a child and it is particularly challenging to do so as a single male. So he decides that he and Alan should get married and they will adopt a child as a gay couple,” Tassler said Thursday, while at the Television Critics Association summer press tour in Beverly Hills.

Didn’t we already go through this with I Now Pronounce You Chuck & Larry?