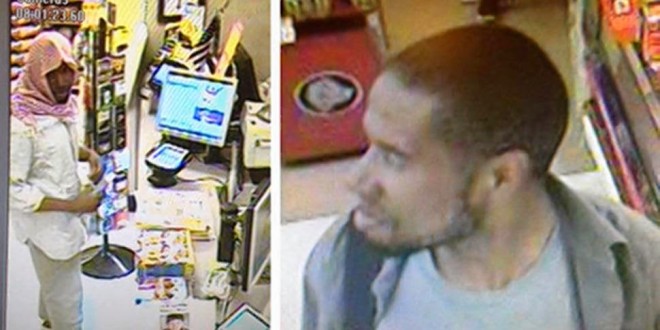 The June 1 shooting in Leschi that left two apparently innocent men dead was premeditated and unprovoked and likely started when one of the victims met the suspect on a hook-up app for gay men, according to charges filed Tuesday in King County Superior Court. Ali Muhammad Brown, 29, has been charged with two counts of aggravated murder in the first degree in connection with the deaths of 23-year-old Dwone Anderson-Young and 27-year-old Ahmed Said. According to the charging documents, a resident in the 500 block of 29th Avenue South heard gunshots around 2:30 a.m. June 1 and saw someone drive off in a silver car. Officers arrived and found the victims lying in the street dead from multiple gunshot wounds. According to the charging documents, detectives used the victims’ cellphones to track down two friends, who were able to shed light on the night leading up to the shooting. The friends told detectives they met Said and Anderson-Young at R Place, a club in Capitol Hill, that night. One friend said Said was constantly typing on his cellphone, likely using an app for gay men to meet other gay men.

The name of the app used by the victims has not been disclosed. The suspect is still at large, but today the New York Daily News reported that he may have been spotted by security cameras (above) while committing an armed robbery in New Jersey.

The Point Pleasant Beach, N.J., police have released surveillance footage of a man who appears to be Ali Muhammed Brown, 30, at a convenience store after he allegedly brandished a handgun and robbed a customer sitting outside Green Planet Coffee of his wallet and keys, according to NJ.com. Seattle Police had thought the East Orange native, described as a homeless man, was hiding out in western Washington State, but it turns out he managed to evade detection and trekked to the East Coast. After the 8 a.m. robbery on Sunday, Brown shed the clothes he was wearing, but not the gun, according to Point Pleasant Beach Police. He’s considered armed and dangerous. Brown faces two counts of aggravated first-degree murder for allegedly killing Ahmed Said, 27, and Dwone Anderson-Young, 23, on June 1 after meeting the pair at a Seattle nightclub, RPlace.

More from the Seattle Times:

Seattle police said Brown also is wanted on warrants for failure to register as a sex offender and for the slayings. In March 2012, Brown pleaded guilty to communication with a minor for immoral purposes and was sentenced to a year in jail. Seattle police said last week that a motive for the slayings is not known. Anderson-Young’s mother said in an interview that her son was gay. When asked last month whether the shootings were being investigated as a possible hate crime, Assistant Police Chief Carmen Best said “nothing is off the table.”

RELATED:  Last month Philadelphia police arrested a man suspected in the rape, robbery, and beating of a tourist who met his assailant on Grindr. In a separate case, a Philadelphia-area man was reportedly beaten to death in May by someone he met on Grindr. There has been no arrest in that case.