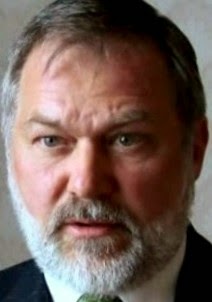 “Friends, On Sunday night I was attacked on HBO’s  ‘Last Week Tonight’ a supposed comedy/news show in the mold of The Daily Show. The host is a Brit named John Oliver. I find it funny that lefties like John Oliver who pose as humanitarians are the masters at dehumanizing other people through ridicule and never give the subjects of their smears a fair chance to respond. I’m calling out John Oliver as a liar and a fraud who couldn’t go ten minutes with me in an unscripted, unedited debate. Without his teleprompter and his cheap-shot, out-of-context video clips he would be exposed as just another left-wing loony. Oliver is lying through selective editing re Rwanda and several other points. His show was one continuous stream of malicious LGBT propaganda in the guise of comedy. Yes, it will likely negatively affect the voters, as it was intended to do. It’s one more example of the ‘politics of personal destruction’ that Saul Alinsky taught the ‘progressives,’ including journalists, to practice.” – Crimes against humanity defendant and Massachusetts gubernatorial candidate Scott Lively, writing on his personal website.