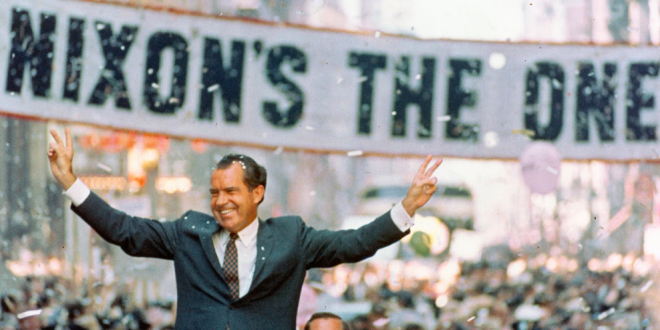 “Let me say something before we get off the gay thing. I don’t want my views misunderstood. I am the most tolerant person on that of anybody in this shop. They have a problem. They’re born that way. You know that. That’s all. I think they are. Anyway, my point is, though, when I say they’re born that way, the tendency is there. [But] my point is that Boy Scout leaders, YMCA leaders, and others bring them in that direction, and teachers. And if you look over the history of societies, you will find, of course, that some of the highly intelligent people – Oscar Wilde, Aristotle, et cetera, et cetera, et cetera, were all homosexuals. Nero, of course, was, in a public way, in with a boy in Rome. But the point is, look at that, once a society moves in that direction, the vitality goes out of that society.” – Richard Nixon, in a secretly recorded and just-transcribed 1971 conversation with Henry Kissinger and White House chief of staff Bob Haldeman. Nixon went on to denounce gay rights.