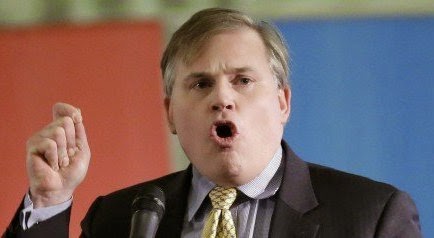 NOM: Chase Bank Doesn’t Give A Shit About What Anti-Gay Hate Groups Think

Brian Brown would like you to know that a whopping 5000 actual human type people have signed NOM’s wildly viral boycott campaign against JPMorgan Chase. And therefore it’s fucking bewildering that a multi-trillion dollar corporation with operations in dozens of nations hasn’t suspended international trading to return his foot-stompy calls.

It’s been nearly a week since we announced our boycott and petition against JP Morgan Chase. Since then, over five thousand activists have signed up at www.VoidChase.com to demand answers and an apology from the bank for the invasive and inappropriate survey issued to employees that sought to discover whether they were in step with the bank’s pro-LGBT agenda. But we still have not gotten any response from the bank about how this information was handled and what it could be used to accomplish. Nor has the bank’s leadership owned up to the wrongness of their actions and issued a necessary apology to their employees and customers.

So I need you to take action today, if you haven’t already done so, and join the VoidChase movement! Visit www.VoidChase.com right away and sign your name to this important cause. You may have read that yesterday President Obama signed an executive action ostensibly aimed at preventing workplace discrimination against LGBT persons, but which could in reality be used as a weapon to punish and harass individuals and groups who support marriage as the union of one man and one woman. In the context of such action by our government, it is more important than ever that we let corporate America know that thought-policing in the workplace and the enforcement of political agendas through discrimination against pro-family employees is unacceptable.

I like to imagine that the boards of Chase, Starbucks, and General Mills have shared a snickering group conference call. That’s how my SNL skit would play.