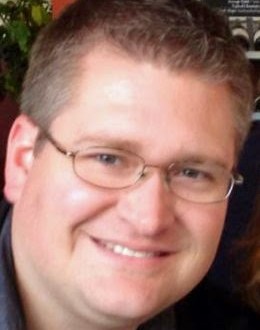 Cornerstone University radio host John Balyo was arrested last month after federal investigators connected him to the rape of an 11 year-old boy. Today Balyo confessed to a second rape. Via the Detroit Free Press:

Former WCSG radio host John Richard Balyo admitted today that he and a second man handcuffed a 12-year-old boy to a motel bed, sexually abused him and took nine photos during the April encounter. “I did take images of a child and they were sexually explicit involving bondage and nudity,” Balyo admitted today in U.S. District Court in Grand Rapids. “I performed sex acts as described. I knew it was wrong.” Balyo and Ronald Lee Moser paid the boy for his involvement in the April 19th assault. His hands and feet were handcuffed and he was tied to the bed, according to courtroom statements today. While bound, Balyo took nine photos of the boy, first in his underwear and then naked. The boy’s family wept in the back of the sixth floor courtroom as details of the assault were told to Magistrate Ellen Carmody during today’s plea hearing.

In exchange for today’s confession and guilty plea, prosecutors from the U.S. Attorney’s Office will not file additional charges that may arise from the continuing investigation. Balyo faces life in prison on the first case and up to 50 years for the second. Cornerstone University requires its students to sign a “lifestyle pledge” that they will not engage in “every form of immorality, including immoral sexual behavior, homosexuality, lying, stealing and cheating.” (Tipped by JMG reader Lynda)