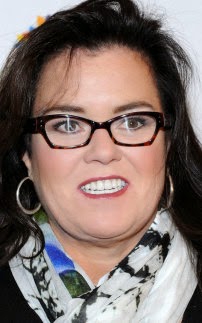 Is Rosie Returning To The View?

Rosie O’Donnell has been offered a “one-year, seven-figure deal” to rejoin “The View,” sources said — and she’s demanding a say on her co-hosts and absolutely no reality stars. Just days after we reported that ABC was reaching out to her, insiders tell us the deal is not confirmed but is “absolutely in progress.” We hear terms of her deal would include her appearing full-time on the show alongside Whoopi Goldberg, and O’Donnell will also get “approval over offers to other co-hosts.” But according to a source, Rosie wants a stipulation that no other reality stars can be slotted as co-hosts, (so Bethenny Frankel’s agent should stop pitching). The deal would bring O’Donnell back after a rocky exit in 2007 after just one season.