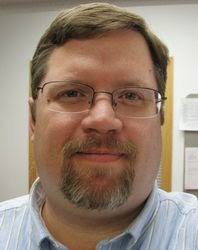 IOWA: Newspaper Editor Sues After Being Fired For Using The Word “Gaystapo”

An Iowa newspaper editor is suing on the grounds of religious discrimination after being fired for using the word “gaystapo” on his personal blog. Via the Des Moines Register:

Bob Eschliman, former editor of the Newton Daily News, filed a complaint this week with the U.S. Equal Employment Opportunity Commission office in Milwaukee arguing that he was terminated May 5 because of his religious beliefs. If the dispute isn’t resolved to Eschliman’s satisfaction, he could sue in federal court to seek financial damages. In late April, Eschliman, 41, a member of Christian Reformed Church of Newton, wrote a personal blog post criticizing the “Queen James Bible,” a website that rewrites the Christian Bible to be friendlier to gays. Eschliman accused “the LGBTQXYZ crowd and the Gaystapo” of trying “to make their sinful nature right with God.” Jim Romenesko, who hosts a widely read online blog about the news media, reported on Eschliman’s post and questioned whether Eschliman, in light of his publicly stated views, would be able to fairly cover issues involving gays. Shaw Media, a Dixon, Ill., company, suspended Eschliman with pay and eventually fired him. Eschliman’s attorneys claim that violated his constitutional rights of religious expression. Newton Daily News Publisher Dan Goetz declined to comment Wednesday.

Eschliman, who is is being represented by the Christian Liberty Institute, writes in his suit:

And another martyr is born. (Tipped by JMG reader Ed)