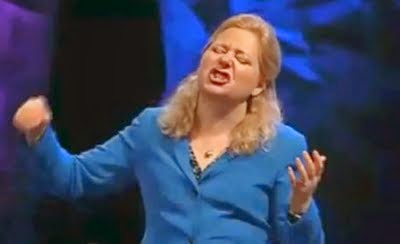 Last weekend, the Ohio Liberty Coalition hosted a “Reload 4 Liberty” event at which Janet Porter spoke about her never-ending push to get her anti-choice “Heartbeat Bill” legislation passed in Ohio. But apparently that is not all that Porter is up to these days, as she also revealed to the audience that she’ll soon be unveiling something called ReaganBook, which aims to become “the Facebook for patriots.” Because Facebook is run by the sorts of people who march in gay pride parades and supposedly censors messages from anti-gay activists like Peter LaBarbera, Porter explained that she decided to launch ReaganBook as a conservative alternative. “We’re tearing down walls, get it?” she said. “We’re tearing down walls of tyranny, or censorship.”