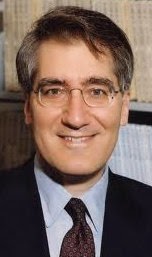 Former NOM chairman Robert George claims that JP Morgan Chase is threatening non-gay employees via a question reportedly added to its annual staff survey. According to Breitbart, the new question asks staffers to indicate if they are “an ally of the LGBT community, but not personally identifying as LGBT.”

This employee was alarmed to receive the final question. If he answered no, he feared, he would be opened up to criticism that may affect his employment. Only a few months ago Brendan Eich was hounded out of the CEO role at Mozilla for not supporting LGBT marriage. The employee told Professor George he fears for his job: “This survey wasn’t anonymous. You had to enter your employee ID. With the way things are going and the fact that LGBT rights are being viewed as pretty much tantamount to the civil rights movement of the mid 50s to late 60s, not selecting that option is essentially saying “I’m not an ally of civil rights;” which is a vague way to say “I’m a bigot.” The worry among many of us is that those who didn’t select that poorly placed, irrelevant option will be placed on the “you can fire these people first” list.”

George has no proof that the question actually exists and is asking JP Morgan staffers to provide him with a screenshot. The company has declined to respond to Breitbart.  George is the author of the Manhattan Declaration, which calls on Christians to disobey laws that protect LGBT Americans from discrimination.

RELATED: The author of the above-linked Breitbart story is World Congress of Families leader Austin Ruse, who has called for liberal college professors to be “taken out and shot” and who has denounced the United Nations for opposing the death penalty for homosexuality.

UPDATE: The below tweet is from the communications director of the Family Research Council.

Previous Cindy Jacobs: I Stopped The Shoe-Bomber
Next 33 Years Ago Today