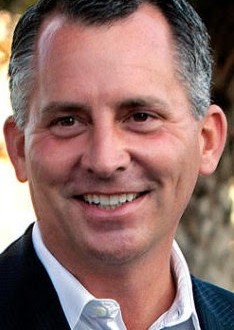 Earlier this week freshman GOP House Rep. David Jolly became the eighth sitting Republican member of Congress to endorse marriage equality. And the Florida Family Policy Council is ever so pissed at him.

When you agree with this lower court’s opinion, you also agree with his irresponsible claim that citizens in your district who passed the marriage amendment were motivated by “animus” or hatred toward gay-identified persons. Nothing could be further from the truth or more morally repugnant to us, as we all affirm the inherent dignity and value of every human being. We are profoundly disappointed in this announcement and now we can only wonder what other issues you might change your views on. Please know that we consider your reversal on this critical issue to be an act of cowardice and a betrayal to the very persons who worked extremely hard to get you elected to office. We call upon you to publicly apologize for this mistake and hold fast to your original position that states should define marriage as it has always been, the union of one man and one woman only. We also challenge you to not cower to the pressure, demands and intimidation of homosexual activists. Finally, we exhort you to be governed not by polls, politics and profits but instead to be governed by principle and what is in the best interest of children, families and the common good of society. Your future as the Congressman representing us in Florida’s District 13 is counting on it.

The above was published by Charisma News, which recently declared that gay people are “possessed by putrid-smelling demons.” But they have no animus for us. Nope.