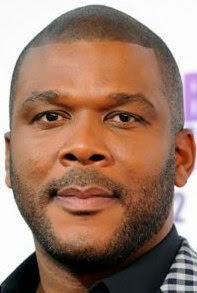 Filmmaker Tyler Perry Wins Trademark Battle Over “What Would Jesus Do?”

Filmmaker Tyler Perry has won the battle over the trademark of the phrase “What Would Jesus Do?” Via the Hollywood Reporter:

The other contestant in this bout was Kimberly Kearney, who was once known as “Poprah” on the VH1 series, I Want to Work for Diddy. In May 2008, Perry registered the mark in the category of entertainment services, mentioning in his filing live concerts, a TV program and motion pictures. He included a disclaimer that he wasn’t attempting ownership on the exclusive right to use “Jesus” apart from “What Would Jesus Do.” However, months earlier, Kearney had already filed for that same mark for a reality television program. When her “What Would Jesus Do” mark was then published for opposition two years later, Tyler Perry Studios stepped forward to cancel it. Although Kearney had included in her registration a print-out of a web page calling for auditions on her show, Perry’s reps said that she wasn’t really using the mark. Perry demanded that the Trademark Office declare her registration abandoned as it was blocking his own attempts to turf out “What Would Jesus Do.”

Kearney claims that she shared the trademark and show idea with Perry and that he essentially stole it from her. The United States Patent and Trademark Office responded, in effect, that it didn’t matter who came up with the idea since Kearney had never put it into use.

Previous Viral Video Of The Day
Next FLORIDA: Marriage Opponent Says If Judge Rules For Gays, It Will Be A KKK-Style Judicial Lynching