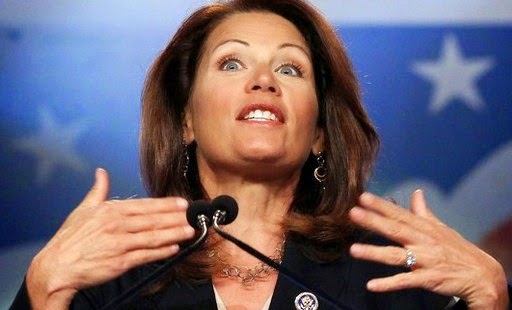 Crazy Eyes: The Ultimate Goal Of Gay Activists Is To Freely Prey On Children

During a Wednesday appearance on the conservative radio show “Faith & Liberty,” Rep. Michele Bachmann accused the “gay community” of pushing “deviancy,” “tyranny” and child rape. The Minnesota Republican warned that the gay community will “abolish age of consent laws, which means we will do away with statutory rape laws so that adults will be able to freely prey on little children sexually. That’s the deviance that we’re seeing embraced in our culture today.” She also predicted that gay rights advocates will legalize polygamy and enact “hate speech laws across the United States” in order to bring about “the rise of tyranny.”