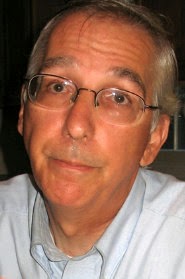 The recall petition against Loudoun County Supervisor Eugene Delgaudio was tossed out today. Delgaudio, who is the only elected official who also heads an SPLC-certified hate group, has been accused of using public employees to work on his anti-gay campaigns.

[Judge Paul] Sheridan accepted the recommendation from Democratic Arlington Commonwealth’s Attorney Theo Stamos, who was prosecuting the case on behalf of the commonwealth. Stamos, who was tapped to handle the matter following the recusal of Loudoun’s commonwealth’s attorney, reasoned Tuesday in a Leesburg courtroom there was not substantial evidence to take the recall effort to trial. The petitioners, known in court filings as the Citizens of Sterling, alleged Delgaudio used public employees and Loudoun tax dollars for political fundraising. Moreover, the Citizens of Sterling group claimed the supervisor’s inflammatory rhetoric and fervent anti-gay views have caused dysfunction within Loudoun County government. Speaking on today’s outcome, Charlie King, Delgaudio’s attorney, said, “The two-year snipe hunt for Eugene Delgaudio is over. Before the bloggers chime in, everybody should know this case ended because there was no evidence.”

Last year a grand jury declined to indict Delgaugio for misusing public funds because Virginia only criminalizes such actions for full time employees. Being a county supervisor is considered a part time job. (Tipped by JMG reader Blair)

Previous Headline Of The Day
Next World Net Daily: Westerners Are Fleeing To Russia To Escape Homosexuality