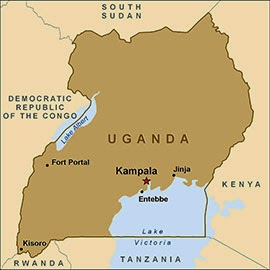 As President Obama has stated, the Government of Uganda’s enactment of the Anti-Homosexuality Act (AHA) runs counter to universal human rights and complicates our bilateral relationship. We announced in April a series of initial responses, and we have since considered how further to reinforce our support for human rights of all Ugandans, regardless of sexual orientation or gender identity.

Today, we are announcing several additional steps. Specifically, the Department of State is taking measures to prevent entry into the United States by certain Ugandan officials involved in serious human rights abuses, including against LGBT individuals. In addition, the United States will take steps, consistent with current authorities, to prevent entry into the United States by Ugandans who are found responsible for significant public corruption. We are also discontinuing or redirecting funds for certain additional programs involving the Ugandan Police Force, Ministry of Health, and National Public Health Institute, and cancelling plans to hold a U.S. military-sponsored aviation exercise in Uganda.

None of these steps diminishes our commitment to providing development and humanitarian support for the Ugandan people, or our partnership with the Ugandan government to counter the murderous Lord’s Resistance Army and improve security in Africa. We will seek to advance these interests even as we continue—in Uganda and around the world—to oppose discriminatory practices and champion human rights for all.

Some LGBT activists have opposed cutting US aid to Ugandan health programs.

“This announcement sends a clear message that the United States will not tolerate foreign governments engaging in state-sponsored acts of homophobia and transphobia against their own people,” said Ty Cobb, HRC’s Director of Global Engagement. “We must put all world leaders on notice that such efforts have no place in the 21st century, and there will be severe consequences for engaging in them. This creates an important precedent for leaders and governments considering implementing similar laws. It is important that the Administration continues to review our diplomatic relationship with Uganda, as well as with other nations such as Nigeria and Brunei, which have also taken disturbing steps backwards.”

UPDATE II: Some clarification from the State Department.

We remain steadfast in our commitment to supporting the health needs of the Ugandan people, but we seek to invest in partners and programs that share our commitment to equal access and our evidence-based approach to medicine and science. We are accordingly shifting a portion of our financial support for MOH salaries, travel expenses, and other items to health-related activities being undertaken by non-governmental partners in Uganda. These modifications will focus on MOH central headquarters staff in order to avoid negatively affecting health care workers and direct service providers in Uganda. For similar reasons, we are relocating to another African country the planned establishment of a National Public Health Institute, for which we would have provided approximately $3 million in funding. We have also relocated a National Institutes of Health genomics meeting from Uganda to South Africa.

Previous President Obama: US Armed Forces Will Not Be Returning To Combat In Iraq
Next Leader Of Neo-Nazi Backed French Hate Group Joins NOM’s March On SCOTUS