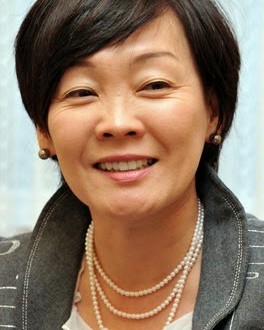 Quote Of The Day – Akie Abe

“There is no difference to importance of love from sexual orientation. There should not be any discrimination because who you love. I am going to raise my voice. If my raised voice could contribute to the pride of LGBT people, there is no greater joy.” – Akie Abe, the First Lady of Japan, speaking today at a gay pride event sponsored by the US embassy in Tokyo.

Also in attendance was George Takei, who predicted that Japan will soon make advances in LGBT rights.

The “Star Trek” actor also known for his gay and civil rights activism, said he was encouraged to have met with Japanese activists for lesbian, gay, bisexual and transgender rights, and even some of their parents fighting for their children. “They have to have courage to come out and share their lives honestly,” Takei said. Once they get a ball rolling, more movement would follow, like “a ripple effect” that spreads, he added. “So I’m optimistic. I do think that Japan will be one of the nations that have equality and that too will serve as an example for other Asian nations.”

The event was hosted by Ambassador Caroline Kennedy. From her opening speech:

“African-Americans, women, people with disabilities, and gay men and lesbian have reminded all Americans that we are each entitled to the same rights, liberties, responsibilities and opportunities. Those struggle to transform our society, here tonight we celebrate the countless acts of courage and commitment and reaffirm that LGBT rights are human rights.”