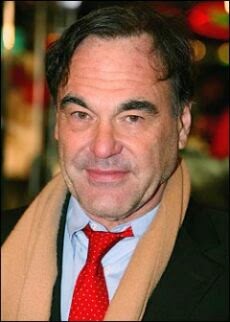 He has tackled the Kennedy assassination and the Watergate break-in, the Vietnam conflict and the Bush administration’s “war on terror”. Now the Oscar-winning director Oliver Stone is set to whip up fresh controversy with his adaptation of The Snowden Files, an account of the ongoing NSA scandal written by the Guardian journalist Luke Harding. Stone’s thriller will focus on the experiences of the American whistleblower Edward Snowden, a contractor at the National Security Agency who leaked thousands of classified documents to the former Guardian columnist Glenn Greenwald back in June 2013. The film is to be produced by Stone’s regular business partner Moritz Borman, with Harding and other Guardian journalists serving as production and story consultants. “This is one of the greatest stories of our time,” Stone, 67, said in a statement. “A real challenge. I’m glad to have the Guardian working with us.” Stone’s previous films include Platoon, JFK and W. The director has also made documentaries on Fidel Castro and Hugo Chavez, together with a 2012 TV series, Oliver Stone’s Untold History of the United States.

Production of the film is set begin at the end of the year.

Previous MSNBC Flubs Photo Of Ann B. Davis
Next Tweet Of The Day – Bill Donohue