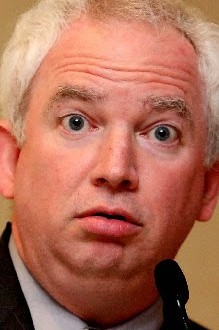 NOM Has The SCOTUS Sadz

“We are disappointed that the US Supreme Court has declined to issue a stay of a federal judge’s order redefining marriage in Oregon. Because the state Attorney General has worked in concert with the plaintiffs to deny the people of Oregon a defense of their state marriage amendment, and because the trial judge refused our request to defend the amendment, the people have at least temporarily lost their common-sense law which defines marriage as the union of one man and one woman. It’s important to recognize that the Supreme Court has not decided the merits of the underlying issue. NOM has filed an appeal of the trial judge’s decision to prevent us from intervening in the case to defend Oregon’s marriage amendment. That appeal is on track, with briefs due in the Ninth Circuit Court of Appeal in August and September, and oral argument sometime afterwards. We will continue to press this case because we believe that the people of Oregon are entitled to a vigorous defense of marriage, and because it is in the public interest to preserve marriage as the union of one man and one woman.” – NOM chairman John Eastman, via press release.