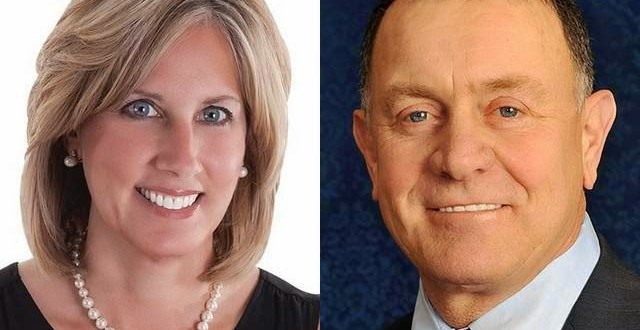 NOM today announced the launch of a last minute mailer campaign in support of Tea Party candidate and New York Assemblywoman Claudia Tenney, who is running in tomorrow’s GOP US House primary against Rep. Richard Hanna (R-NY). NOM is still furious with Hanna for signing onto a 2013 SCOTUS amicus brief in support of the overturn of DOMA.

“Richard Hanna has abandoned Republican principles and is a foe of New York families. He wants to redefine marriage and has refused to allow voters a say on this critical issue. He’s also militantly pro-abortion,” said Brian Brown, NOM’s president. “Hanna’s positions are anti-family and in favor of big government. Claudia Tenney is a principled conservative who believes in marriage, supports the right of voters to have a say, and will vote to protect innocent human life in the US House.” NOM sent a direct mailer to tens of thousands of voters in Hanna’s district, New York’s 22nd Congressional District noting that Hanna is the 3rd most liberal Republican in the US House, according to National Journal. The mailer said, “On core issues, Richard Hanna has abandoned us.” It says that Hanna is “militantly pro-gay marriage” and “shockingly pro-abortion.”

Breitbart reports that Tenney is hoping to “ride the David Brat wave” with the support of Tea Party media personalities.

Tenney explained, “I have to counter [the attack ads]. So now that I’ve got Hannity and Laura Ingraham and Michelle Malkin and some of the others have came out like RedState.com’s Erick Erickson—a whole bunch of them—so now [the voters are thinking], ‘What’s going on? Who’s telling the truth here?’” “I have a TV ad that says I never raised taxes. I’m the number one conservative in New York. I’ve got the endorsement of the Conservative Party and he’s got liberal PACs. So I just had to counter it, because people kept calling me saying, ‘You’ve got to do something.’”

The most recent poll showed Hanna leading Tenney by more than 20 points.  Hanna was endorsed by the Log Cabin Republicans in 2012.