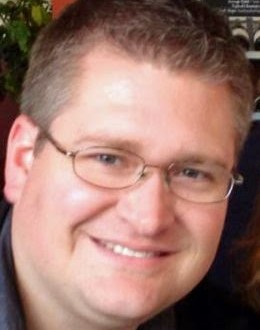 Federal investigators have arrested a radio host for the private Christian college, Cornerstone University, on charges of child molestation. Charges related to the production of child pornography are expected to be added.

John Balyo, 35, of Caledonia was arrested in Gaylord as part of a joint investigation by U.S. Immigration and Customs Enforcement, the Battle Creek Police Department and Michigan State Police. Balyo, an on-air personality at WCSG-FM, a Christian radio station associated with Cornerstone University in Grand Rapids, was arrested on a state charge of first-degree criminal sexual conduct, according to Khaalid Walls, a spokesman for ICE. Walls said Friday investigators are alleging that Balyo had sexual encounters with minors in Battle Creek. ICE said in a statement that Balyo paid a Battle Creek man, Ronald Moser, 42, to arrange sexual encounters with underage children.

The university responded this morning.

WCSG general manager Chris Lemke urged listeners on Monday, June 23, to pray for former host John Balyo, his family, co-workers and alleged victims after Balyo was accused of paying for sexual encounters with children. “God’s people will not lose heart,” Lemke told listeners. He said the criminal allegations, reported late last week, have left staff in grief. Balyo’s morning co-host, Amanda, is taking this week off, but will return next week. “And, we know you may be hurting as well,” Lemke told listeners. “Yet, we have hope.” He said that a listener outpouring of support, in text messages and emails to the station, have buoyed Balyo’s co-workers, who were in disbelief after hearing the allegations. Lemke asked for prayers for all who have been hurt by the allegations, especially the victims. “We pray for John. We pray for his bride and new stepson,” he said.

I’ve never heard of this guy, his radio station, or his “Family Friendly Morning Radio Show.” But I have heard of Cornerstone University, which requires students to sign a “Lifestyle Statement” that forbids “every form of immorality, including immoral sexual behavior, homosexuality, lying, stealing and cheating.” So odds are good that Balyo’s schtick as a Christian radio show host included condemning the “gay lifestyle” and painting LGBT people and families as a threat to children. Cornerstone, which expels gay students, has placed Baylo on paid administrative leave.