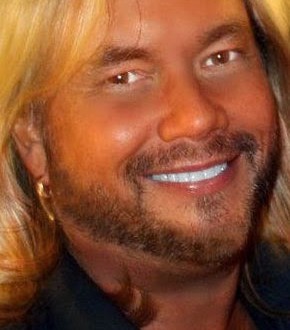 “There was a time in my life when I used to sound a lot like Rick Perry. In fact, for more than ten years I was one of the nation’s leading spokesmen for the ‘ex-gay’ movement. I traveled the country telling audiences that being gay was a preventable condition, and it could be treated if only you followed a simple plan, obeyed God and sought repentance for your sins. ‘Ladies and gentlemen, homosexuality is not a genetic, inborn condition,’ I would say. ‘It is the result of traceable causes that, once unraveled, can bring about understanding and transformation in the life of one who is motivated and submitted to God.’ [snip]But I was in denial. It wasn’t in fact true, any of it. Worse than being wrong, it was harmful to many people—and caused me years of pain in my own life. Which is why I have this to say to the Rick Perrys of the world: You don’t understand this issue. At all.” – Former “ex-gay” poster boy John Paulk, writing for Politico Magazine.

Previous Holly Johnson – Follow Your Heart
Next PBS: The Tide Is Turning On Marriage