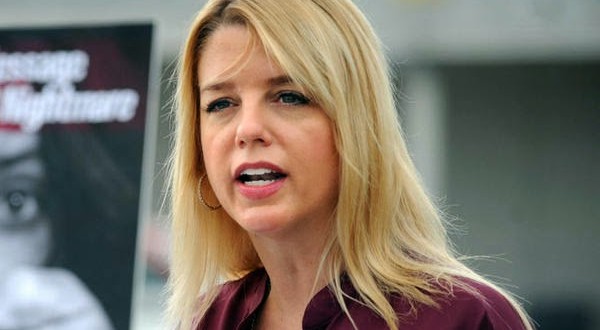 Florida Attorney General Pam Bondi has filed motions to intervene on behalf of the state in marriage equality lawsuits filed against Miami-Dade and Monroe counties. Via Steve Rothaus at the Miami Herald:

Allen Winsor, the state’s solicitor general, states in the motions filed in local courts that Florida has a legitimate interest in intervening in the cases since they represent a challenge to the 2008 state constitutional amendment that banned gay marriage. Bondi is already defending the state in a federal lawsuit filed in North Florida. That legal challenge maintains the state is discriminating against gay couples by not recognizing same-sex marriages performed in states where they are legal. Conservative activists hailed Bondi’s response to the federal lawsuit, but had been critical of her for not defending the state right-to-marry cases. John Stemberger, president of the conservative Florida Family Action in Orlando, praised Bondi. “The most important thing is that if the judge were to grant a motion and find a new-found right to marry, which does not exist, then the attorney general would be in a position to enjoin that until the federal case plays out,” he said Tuesday.

RELATED: Earlier this month Bondi was praised by the very same above-quoted hate group leader who had slut-shamed her over her multiple marriages. Bondi took office in 2010 after being endorsed by Sarah Palin. In 2012 Bondi was the lead litigant when she and 26 other state attorneys general unsuccessfully attempted to overturn the Affordable Care Act.