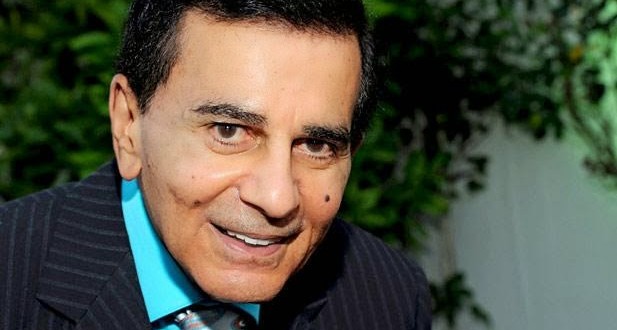 Legendary American Top 40 host Casey Kasem has died at the age of 82.

Kerri Kasem, Casey’s daughter, announced the news on her Facebook page. “Early this Father’s Day morning, our dad Casey Kasem passed away surrounded by family and friends. Even though we know he is in a better place and no longer suffering, we are heartbroken,” she wrote in a Facebook post. “Thank you for all your love, support and prayers. The world will miss Casey Kasem, an incredible talent and humanitarian; we will miss our Dad.” Kasem, hospitalized in Washington state since June 1, had been in declining health.  The longtime host of radio’s American Top 40, which he started in 1970, was a familiar voice to millions, known for his signature closing advice: “Keep your feet on the ground and keep reaching for the stars.” Over the years, he hosted other versions of the music countdown show on radio and television. The Detroit native, a son of Lebanese immigrants, also was an actor who did frequent voiceover work, including commercials and cartoon characters, most memorably Shaggy from the Scooby-Doo series.

Every Saturday during high school, I would record American Top 40 onto my portable cassette player by taping its corded microphone to the speaker of my radio. By the following Saturday I’d have memorized the entire Top 40.