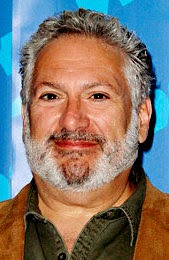 Broadway tends to see a rash of closing announcements after the Tony Awards and this year is no exception.

Newsies, the surprise hit musical from Disney Theatricals that opened on Broadway in 2012, is quitting while it’s ahead, ending its run of just over 1,000 performances at the Nederlander Theatre on August 24 before going on a national tour. It premiered at the Paper Mill Playhouse in 2011, opened on Broadway the following year and went on to recoup its investment after just nine months, faster than any other Disney Theatricals show. It continues to play to houses 85 to 95 percent full. Nevertheless, and true to recent form, Disney is ending the show’s run before its box office has a chance to sag, and taking it on the road. Harvey Fierstein’s Broadway hat trick will actually come to an end this weekend. His play Casa Valentina, about male heterosexual cross-dressers at a Catskills resort in the early 1960s, ends its run June 29. Upon its April debut it received four Tony nominations but no wins, though Reed Birney did win the 2014 Drama Desk Award for Outstanding Featured Actor in a Play. Fierstein will continue to be represented on Broadway after the closings of Newsies and Casa Valentina by Kinky Boots, which he wrote with Cyndi Lauper.

Terrence McNally’s AIDS-themed Mothers & Sons closed last night after only 33 previews and 104 regular performances.  The Cotton Club retrospective After Midnight closes this Sunday with Patti LaBelle guest starring all week. (Gladys Knight and Natalie Cole had been scheduled to guest star in the months of July and August, respectively.) Also closing this Sunday is the LBJ drama, All The Way, which stars Bryan Cranston. The Realistic Joneses, starring Toni Collette and Marisa Tomei, closes on July 6th. John Steinbeck’s Of Mice & Men starring James Franco closes on July 27th.  The musical Violet, for which Sutton Foster earned a Tony nomination, closes on August 10th.

RELATED: Opening today is the movie version of Douglas Carter Beane’s Tony nominated The Nance, starring Nathan Lane. I reviewed the play back in April.