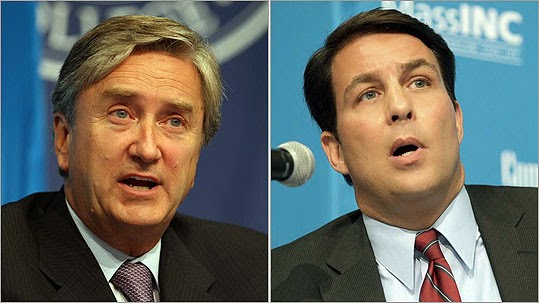 Former Rep. Barney Frank is urging the LGBT community not to vote for gay GOP House candidate Richard Tisei, who has the backing of the Victory Fund.

The campaign for Massachusetts’ 6th Congressional District has received a significant amount of national attention this cycle, in large part because Richard Tisei, the challenger in the race, could become the first openly gay Republican elected to Congress. Tisei received a nice boost in February, when the Gay and Lesbian Victory Fund endorsed him despite the fact that incumbent Rep. John Tierney (D-Mass.) has an exceptionally strong record on lesbian, gay, bisexual and transgender equality. The race has presented LGBT advocates with a dilemma that a few years ago might have seemed too good to be true: Support an openly gay Republican candidate who could perhaps help convince his colleagues to evolve on equality, or stay with a Democratic congressman who is straight but has been a stalwart on these issues? “I do believe it is very important to support gay and lesbian candidates. But the notion that we will tell an incumbent who has been absolutely perfect on gay, lesbian, bisexual [and] transgender issues — absolutely perfect — that perfection will do no good because he has sex with the wrong person, is the antithesis of what we should be fighting for,” said Frank, referring to the fact that the Victory Fund is dedicated to electing LGBT candidates.