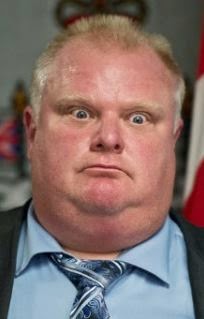 Toronto Mayor Rob Ford announced yesterday that he is taking a leave from his duties and will seek help after the Globe & Mail revealed that its reporters had viewed a new video which allegedly shows Ford smoking crack.

The footage comes to light weeks after Mr. Ford embarked on a re-election campaign styled on the importance of second chances and forgiving mistakes. Nearly a year ago, the mayor thrust himself into worldwide infamy when another drug dealer, Mohamed Siad, tried to sell another video of the mayor allegedly smoking crack to media outlets in Canada and the United States. At the time, the mayor denied using the drug, only to later admit that he had smoked crack cocaine in a “drunken stupor” and said that he was not an addict. Since then Mr. Ford has been filmed numerous times in public appearing erratic and acting impaired. In each instance, the mayor has admitted to drinking, but never to using drugs. A few weeks ago when asked directly if he was continuing to use drugs, Mr. Ford said: “You guys ask stupid questions.”

The drug dealer that showed the clip to reporters has reportedly offered to sell his video for six figures.

The drug dealer who approached The Globe said that the audio on the three clips was not available because the speaker on his phone was broken when he recorded the footage. The dealer said he supplied the crack that was smoked that night and that he had decided to sell the footage to “make money.” He supplied an alias to The Globe and urged the paper to publish his nickname because: “I want someone to come to me.” The Globe is not publishing that nickname because of concerns about the drug dealer’s intentions. The Globe cannot confirm the substance inside the pipe.

Screengrabs from the video are here.