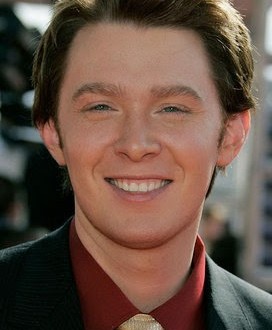 Miss Mona Sinclair isn’t the only gay man in today’s North Carolina primary.  According to the Wall Street Journal, Clay Aiken actually has a shot of winning his bid to be the Democratic nominee for the US House.

Mr. Aiken, 35 years old, faces a crowded field in Tuesday’s election, which pits him against the state’s former commerce secretary, Keith Crisco, and mental health counselor Toni Morris. And even if he wins, Mr. Aiken would face an uphill battle against the incumbent, Republican Rep. Renee Ellmers. Ms. Ellmers is in her second term in a district the Rothenberg Political Report rates as “safe Republican.” Republican Mitt Romney won 57% of the district in 2012. The Idol star has touted a poll conducted by his own campaign that shows him with a 20-point lead over the other two candidates, but no independent polling has verified those results.

American Idol contestant Clay Aiken drew plenty of buzz when he announced he’d be running for a North Carolina congressional seat as a Democrat. But he hasn’t gained much traction. Through the middle of last month, Aiken had raised under $300,000, less than half of what his self-funding primary opponent, former state Commerce Secretary Keith Crisco, had taken in. And the singer has found himself on the receiving end of a brutal ad from Crisco that accused the entertainer of skipping meetings for a presidential committee on intellectual disabilities that he’d been appointed to.